This post is mostly an update on my previous article about how a recession may affect the website investing space.

As several weeks have now passed, and over 25% of the world’s population is on lockdown, we actually have some interesting data already.

Before we jump into it, I just want to point out that it’s still early. The worst may be yet to come. For now though, we have some leading indicators that could help craft your strategy moving forward.

One of the benefits of working on multiple sites, is that we get to see a wide range of niches and how they’re responding.

We are seeing a few distinct patterns:

It sounds obvious really, but there’s more to it.

Each group still has a variety of responses. Some of the sites in group 1 are maintaining their income because traffic has increased, but RPM has dropped, so it’s a net even.

Equally, some of the losers are seeing traffic maintain but RPM drop drastically, or they’re seeing both drop.

Some of the winners in group 3 are still experiencing RPM drops, but the traffic is up so much that it negates the drop and then some.

Here are some visual examples. Many of our sites don’t use display ads, but I’ve relied mostly on display ads here as their reporting produces a very niche visual aid. 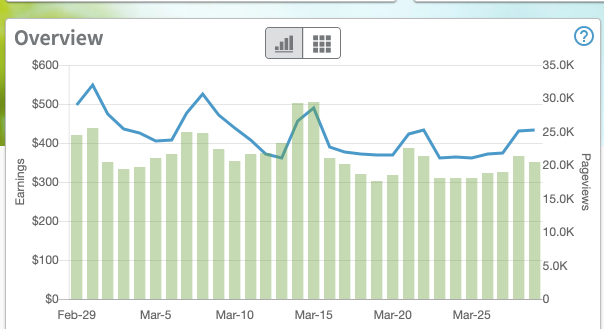 This site has seen less traffic, but not by a large amount, and therefore revenue is only down a little bit too (the blue line is traffic, green bars are revenue).

In this next one, traffic has more or less doubled since beginning of the month, and income has increased with it, but RPM’s have actually dropped by around 30% since the first two weeks of the month.

Overall though, it is a little bit ahead. 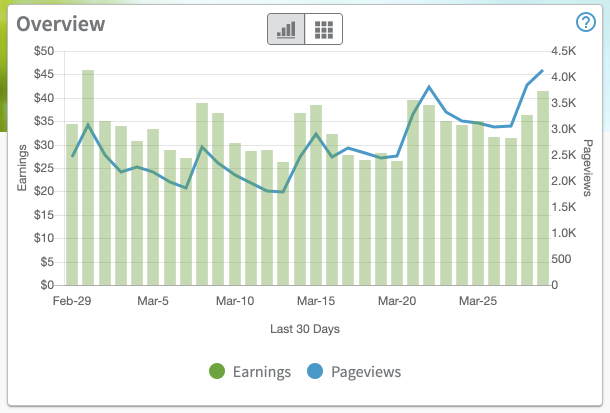 As mentioned, some of these sites are seeing an increase or continuation of traffic levels, but a decrease in RPMs or earnings. 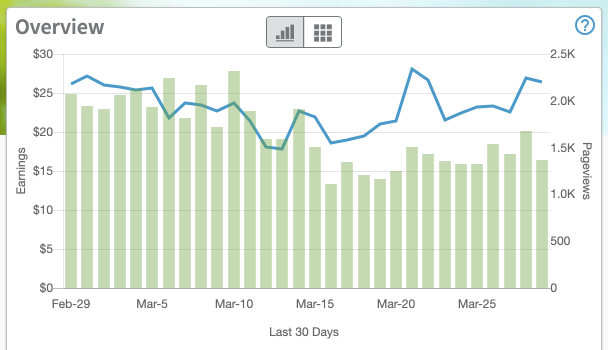 For this site, while the traffic has stayed more or less level, even increased slightly, the green revenue bars are clearly down since mid-March.

Here’s another one where traffic has stayed level, but revenue has been much more sporadic compared to the period before, sometimes up, sometimes down. 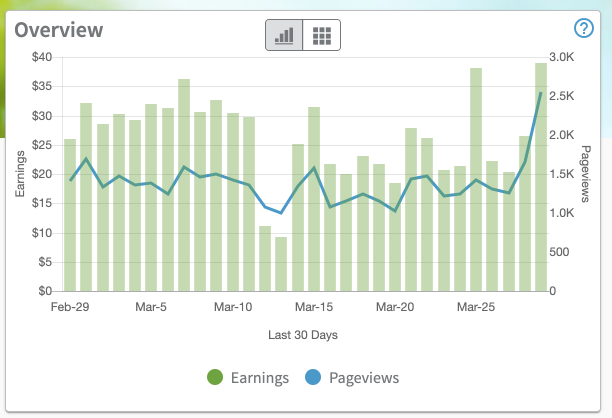 Here’s another where you can see traffic increasing with dropping RPM’s even more clearly: 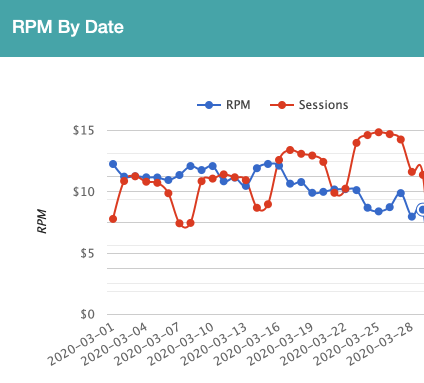 What about sites where traffic is falling AND RPM’s are dropping, resulting in a more drastic dip?

There thankfully aren’t many of these in our possession, but here’s one that looks to be recovering: 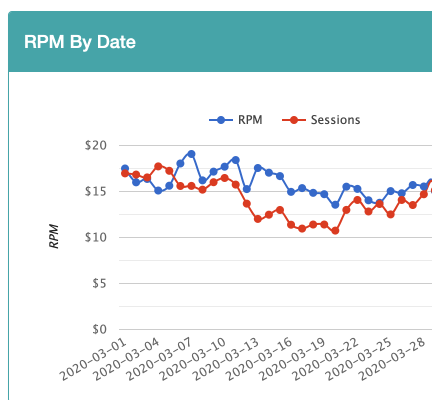 It will be interesting to see how the first week in April plays out, given that the first few days in a new quarter are traditionally quite low anyway.

I’ve saved the best for last. Here are some sites that are simply crushing it right now. 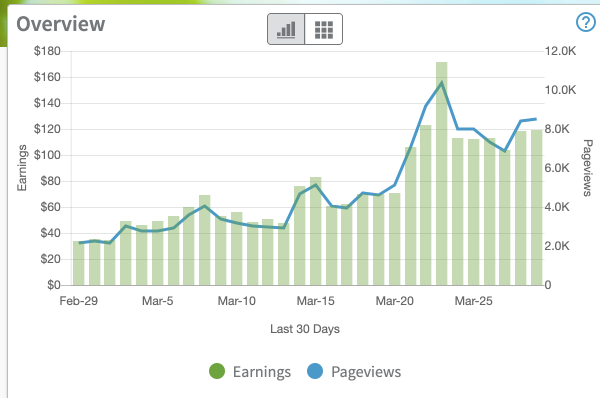 RPMs are actually down ever so slightly for this one, but traffic is up 2-3x so it is a non-issue. 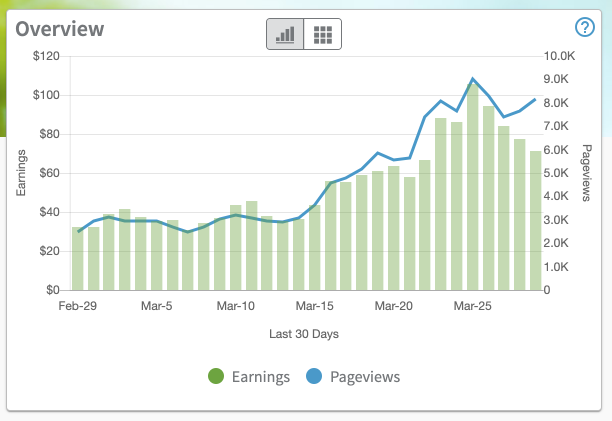 This one again is seeing a slight dip in RPMs, but the traffic is more than making up for it, and the site is enjoying over 3x income.

Finally, we have one site that makes money from an affiliate program on Shareasale.

For Amazon associates sites, we’re seeing the same patterns anyway. Some sites are seeing an increase in traffic but decrease in sales, or vice versa.

We haven’t yet seen much of a significant slowdown in shipping times, and hopefully we won’t.

What Niches Are Doing Well?

It’s not something I’m willing to share, but for the most part it is what you would expect. People are at home, and it’s spring, so there are some niches that are going to do very well.

It might be too soon to discuss all of the best opportunities here. Certainly some websites are experiencing a downturn in income, which means you can potentially pick them up for cheap, and experience gains when the pandemic is over. Equally, there are definitely some people who are going to be nervous and will consider selling for a markdown.

I don’t think the real strategy here is to try to pick a recession-proof business, at least not yet.

The sites we own which are doing well, we wouldn’t have expected them to do well, but in hindsight it’s obvious.

So for me, this is just one more big glaring reason why you need to be diversified.

I’ve talked about it a lot, and thanks to walking my talk these past 18 months, I can largely shrug off the current situation, because overall my portfolio is in good shape (it’s actually up a little bit, huzzah).

It’s also another reason to be bullish on the fund we are launching soon, which allows accredited investors to access the same level of diversification and opportunity.

5 thoughts on “Case Study: How Coronavirus Is Affecting Website Income”

Businesses We Passed On

Why We Offer Preferred Shares

The Pros And Cons Of Selling Privately

Onfolio acquires and manages a diversified and profitable portfolio of online businesses, each with a niche content focus.